‘The Stingrays’ is a 15 part series of short stories about growing up in Phoenix with my childhood friends.  Enjoy

Hurriedly, I stuffed the last spoonful of Frosted Flakes in my already gorged mouth then slurped up the puddle of milk in the bottom of the bowl.  Banging it down on the teal green formica table caused the spoon to do a gainer before  clinking onto the floor.

“See ya Mom, be back for lunchtime.  The Stingrays are waiting for me!” I shouted as I pushed open the squeaky screen door to the backyard.

“Okay, say hi to Roger and the gang.  Remember, don’t slam,”  The door slammed hard against the jamb., “the door, Billy.”  I shrugged my shoulders; she was a little too late with her usual warning.

Twisting the wood clasp I pulled open the water heater shack’s door, I carefully backed out the Huffy 3-speed Sportsman.  A rake and a broom fell out the door so I left them there to enjoy being outside for a while.  They must not liked being out in the sun because for some odd reason they would always go back inside by the time I got home at the end of the day.

The reddish-orange paint shined like new as the sunlight bounced off the beauty.  I ran alongside of it to the curb of the road.  I had to run because the constant falling and slipping on the half gravel, half dirt, of our driveway would always happen if I took the chance and rode her swiftly out to the street.  Her name was Bike.

Once securely out onto the pavement, I’d put one foot on the pedal, side step the red wonder until there was enough speed to allow me to coast.  Now it was time to sling my other leg over the hard seat, find the other pedal with my foot and fly away.  I’d smile ear to ear from the sound of clacking from the playing cards fastened with wood clothespins against the spokes.  How cool was that?

I learned the move from the Lone Ranger’s sidekick, Tonto.  The masked Ranger did it different as he would just leap over the rear of Trigger from a boulder or something else always landing smoothly in the saddle.  Trigger’s tail would flick and away they went.

I tried the Ranger’s ‘quick-get-away’ maneuver once and missed the seat.  I landed sharply on the cross bar separating my testicles on each side of the bar like two miniature saddle bags.  Tonto was much smarter I thought after that.

Every person on Earth either follows or leads, few tread water by themselves in their own lake of life.  I led some days and I followed on occasional days.  All seven of us took a turn one time or another managing the chaotic life of being such a distinguished member of Phoenix Highland Avenue’s gang called the Stingrays.

The rambunctious and rowdy club, some called us a gang, started in the late 50’s, early 60’s and continued on through thick and thin until 1969.

There were bicycles, groupie girls, BB and pellet guns, a crossbow and the greatest stores in the world called Yates Sporting Goods and Yellow Front.

Yellow Front being the home of millions of BBs and Yates is where we acquired our advanced military gear and armor for our daily BB gun battles.

There was a special group of boys, all the same age except for one named Ronnie.  He was only one year younger and that fact mattered none to the rest of us.  Ronnie was great at breaking things then fixing them.  He did it on purpose.

Even knowing he was six inches shorter than the rest of us, he still walked tall and could jump on your back and ride you to the ground like a spider monkey jockey.  He was super fast and a track star when we played track meets against Simpson Grade School.  He was terrible at high jump.  The crossbar was way higher above his head than the rest of us.  No Fosbury Flop for him either.  He’d just run under the bar and do a somersault into the sawdust pit.

Ronnie always kept his hair in a buzz.  He liked lifting weights in his car port which his Dad had closed in so Ronnie could have a separate bedroom and get away from his big brother, Bobby.  Ronnie’s eyebrows stopped right above his pupils.  making him look evil but he was a really nice guy.

His Dad was a James Dean look-a-like and loved Chevy Corvairs.  They had three in the yard and there was always the trunk engine’s lid open as Ronnie and his Dad would do the repairs on the engines the Corvairs always needed.

Ronnie would pull up the crate they kept on the side of the house and stand on it while his Dad would turn wrenches with a Camel non filter cigarette smoldering in his lips.  His Dad didn’t have a name, we all called him Dad too.   Ronnie was the Stingrays’ lead mechanic.

Bobby his brother, wasn’t  part of our gang technically as he was so heavy he couldn’t get his leg up on a bike and there was no way we’d allow a girls bike in the club.  He walked everywhere.  He eventually got a Covair.

You would have thought from all that walking he’d be as skinny as Roger even though I can’t ever remember seeing him without a Twinkie or a Snowball in his hand.  Sometimes he’d have both as he walked by.

When he walked, his head lagged behind his body’s big stomach.  Sometimes he would wave at us from down on the other corner with the pink Snowball in his hand.  He looked like he was the lead wingwalker parking an airliner when he said hi from a distance with his goofy wave.

He’d hold his pink dessert straight up, arm extended over his head then swoop his stiffened arm with the pinkish marker down to his side.  The ‘Bobby Wave’, as we referred to it, became famous at school in the years to come.

Bobby liked raw hot dogs coated with butter.  He ate one every day.  He was who turned me on to eating Miracle Whip with a spoon.  Mom freaked out when she saw me do it and never bought it again.

There were seven in the elite group of riders.  We would have rode seven across if we could but the streets weren’t wide enough and someone would always end up locking pedals with another rider.  All day we’d ride and ride while singing our favorite song, ‘The Ballad of the Green Berets’.  Made us feel proud and a little tougher than we actually were. 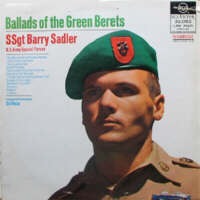 When we were tired of the song we’d switch to ‘The Battle of New Orleans’.

Riding on the far right of the line in the back was Fred.  Fred was the quiet content guy who loved to take his bike apart and paint it every couple of weeks.

To describe Fred’s figure, one would have had to studied or eaten a potato dumpling at one time in their life and then imagine how it looked wearing jeans.  Firm, squishy, hard and firm but friendly.  He was the first Stingray to grow long hair.

Downstairs he was built like a real man.  He showed all of us at one time or another the enormity because he couldn’t understand why his was so big and all of ours was so little.  Now I  think about the displays, he was bragging.

Looking back, Fred was never shunned as a castaway by any one of us.  Every two weeks someone would ally with two or more and become a sub gang of their own and cast away an individual.  A lone wolf.  Even if everyone would’ve done that to Fred, he wouldn’t have cared anyway.  He had Joe Jarred next door to mess around with.  Rumors are Joe became a part of The Rolling Stones administration.  Doubt it but hey, anything is possible I guess. 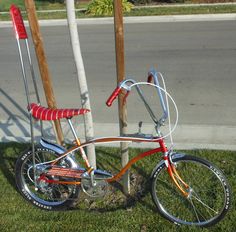 Fred’s bike was the first bike to be painted Candy Apple Red, a color so sought after, I ended up paying a whole box of 45’s out of my Dad’s collection from the A&W Root Beer stands he owned in payment for a paint job .  The records were his jukebox inventory.

Dad had boxes and boxes of the singles we used as BB gun skeet.  Who knew he would be so mad at us when he found the empty boxes in the backyard littered with schards of black vinyl.  I never seen him so mad so the gang steered clear of our house for a week or two.

Fred’s bike had the tallest sissy bar on the back of his banana seat.  The ‘Sissy Bars’ was our first gang name but only lasted a couple of days before we changed it to the Stingrays.  Zeno felt the sissy part of it would stick to us like glue at school.  Then Gary would have to fight for us.  Gary thought it was great name because it gave him a reason to fight if a kid made fun of one of us.  He loved to fight.

I always rode in the front line.  When I was boss, Roger was my left wingman.  Roger had black hair.  His barber, Mom, liked the bowl cut.  He was so skinny his chest looked like he was starving. 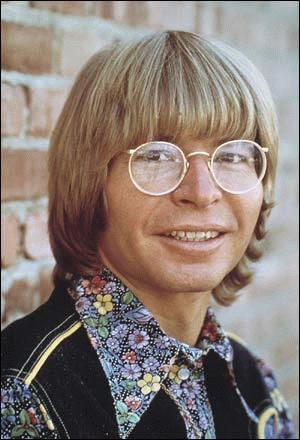 Zeno rode right wing a little right flank and ahead of Fred.  Zeno’s looked a little bit like John Denver without glasses.  They must have had the same barber.  He was destined to be a Clique.  Zeno, the charmer, always had a girlfriend.  We’d all listen hard when he would tell us the stories about him and whoever making out.

The rest of the gang, Fred, Dan, Gary and Ronnie were what we called, loose goose.  Loose goose were loyal to no formations.  They dodged oncoming cars at the last minute, kicked at and kept at bay the biting leashless dogs which would dart out at us barking while in a full run from the dirt driveways snapping at our pants legs.

All the loose gooses would then celebrate the success by doing a rubber-screeching slide or a wheelie as the pack continued on making its way through the streets of Phoenix toward the day’s next adventure.  Who were we?

We were the Stingrays.

Click here to read more stories in The WiseGuy Diaries