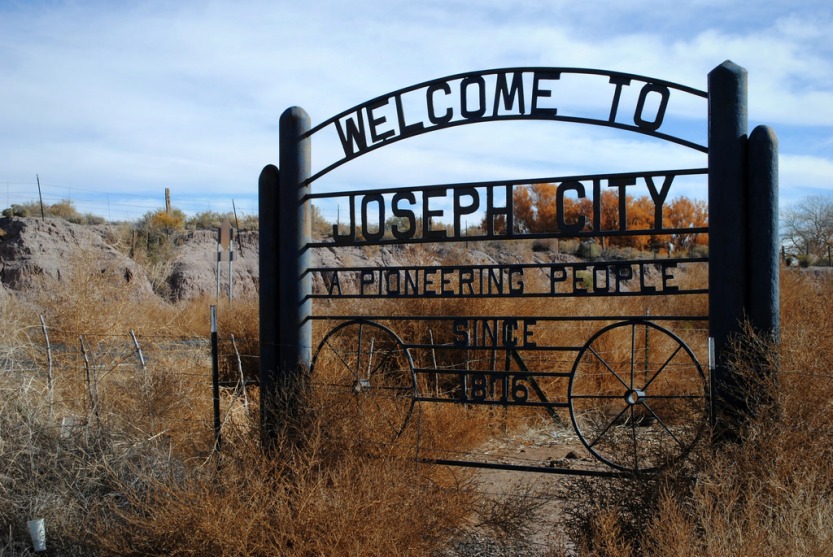 I’m stuck in my full story-telling mode, three, four, maybe even five beers down.  Besides, who was counting?  Sure wasn’t me.  My lips couldn’t stop moving.

“Yeah, so the Stingrays would break-in and get the owner’s collection of quarters and,” I said as I set my bottle of Coors on the formica pullout table in the trailer as I was interrupted.

“You what?” one of the two men who were seated with Ed and I at the table asked in a raised voice.

“Quarters, like real quarters.  You know, 25 pennies?” I sarcastically added, “We would,” I was interrupted again.

“Ya’ ever heard mention of a small Mexican joint called, La Ranada?”

The other man leaned his head back as he gulped the last foamy swallow of his beer then straightened up and tossed it like a gainer off the high dive into the plastic trash can.  I heard the crack of glass.

“That’s it, that’s the name of the place.  I was a busboy there too,” I smiled as I answered.

Ed leaned forward and turned his head to me and whispered, “Uh oh.”

My friend and I had just gotten jobs as Electrician’s helpers at a power plant in the quaint little dust blown wind-driven town of Joseph City, Arizona.  We towed a single-wide up the Black Canyon Freeway in Phoenix at about 15 miles per hour the 150 miles to Flagstaff with my under-powered Ford pickup.  My new wife of a few years stayed back in Phoenix, probably partying every night.

We ate lunch at the Denny’s on the south side of town then caught a 30 mile per hour tailwind for the next 80 miles to Joe City.

When we arrived at the plant we continued another 10 miles and met up with a friend of Ed’s Dad whose name was PeeWee Pitman, a Lineman who had just gotten back to Arizona from working the North Slope.  He was staying at the Globetrotter Lodge in Holbrook and working at the switch yard at the plant.

“I got you guys all hooked up with a guy named Dee Bowden.  You can put your trailer up next to him,” PeeWee said in a helpful way.  “Here’s the address of the place.  It’s on the north side of the 40, second turnoff right across from the smokestacks.”

We back tracked our way tugging the heavy white trailer with a blue stripe around its side to the forgotten town of Joe City and pulled into the sandy road of what looked like a trailer parking area.  Dee and another guy named Mey were holding a bottle of beer as they waved us in.

Once we were set up on our sand dune trailer space, we ate what was left of our packed food and went to bed for the next day’s reporting to work.

Only days later we learned of where we could buy beer.  Joe City was a dry town, so we headed to place called Jackrabbit to load up cases of our favorite beverage.  The store only sold Coors, so we filled our cooler to the brim with the bottles.

As an offering of our newly found friendship, we went over to Dee and Mey’s trailer to share some of our beer. They welcomed us in with open arms.  Dee offered a chair to both of us as Mey stuck his hand in the paper sack to get out a cold one.  That is where the story starts.

Mey had problems we weren’t aware of at the time but we should have be noticed the large flat area above his left ear.  He told us that’s where damage from Vietnam had taken place.  The wound was covered by a 4 by 4 inch steel plate put there to protect the injury under his skin.  Neither of us knew of the future mood changes to come.  Mey ended up getting run off the company for not following the rules.

Ed leaned back in his chair.  I answered,  “Yeah, that’s it, La Ranada.  That’s the place where we got the quarters from.  How’d you know that?”

Dee searched the sack with his hand and pulled out another bottle.  As the lid popped off under the opener’s grip, he raised his head slowly and locked eyes with me.

“I owned the strip shop the La Ranada was in.”

My teeth clenched and I thought I saw a chip of enamel go flying across the vinyl floor from my mouth.  I could hear Ed take in a breath of dusty air.  Mey laughed a low dangerous noise as if he knew a crazy metal-plate-in-my-head killing was about to take place.  My brain instantly went to an image of Zeno holding a safe full of what would be quarters.

“Billy.  Look how rusty it is.  Roger’s going to get a crowbar and we are going to open this baby up.  Holy crap, it took the canal guys almost all summer to stop the water.  Dan and I went there last night and the whole thing was almost dry.  Where’s Fred?  He needs to see this.  He found it.”

Zeno and I were standing under the Mulberry tree in the back of Roger’s house.  He was holding a small safe about a foot square close to his chest.  Moss and some other unidentified catfish’s butt-excreted organism had taken hold of the outside of the chipped-paint covering and had begun to stain his t-shirt.  Zeno shook it but there was no noise, no rattling of any kind.

“There’s something in there.  They wouldn’t have a safe for nothing.  We need a big-ass hammer.  It’s probably full of diamonds.”

Zeno and I coughed as we shared a Pall Mall I had taken from my Mom’s pack while we waited for Roger.  We could hear his Mom yelling at him.  She yelled all the time.  Zeno had just squished the butt out under his Keds when Roger came up to us.  He was carrying a large but short-handled double jack hammer and a 6 inch chisel.

Months earlier we had found a way into the restaurant by removing the screws from the wrought iron bars guarding the restroom window.  The first time we broke in, we found several garbage cans filled with heads of lettuce awaiting their shredded demise.

Dodge ball was the first thing we thought of so into the booths we went as the war began.  After a few minutes of destruction we focused on our curiosity.

“Hey, instead of the Stingrays, we should be, The Lettuce Heads,” Roger said, he slapped at the leaf stuck on his head where Gary had struck.  Gary could throw a head a lettuce like a fast ball.  If you were hit just right, you’d instantly smell thousand island dressing.

“That’s stupid,” I said, as I slung another head at him and missed.  Lettuce shards were everywhere in the room and stuck on everything.  The battle was coming to its end.  I raised my last head to fire it at Zeno when a voice stopped me.

“Hey guys, you got to see this,” Fred yelled.

A small safe tucked under the back room office’s desk behind a box of papers.  Fred pulled it out and shook it.  Something heavy was inside.  He spun the dial a hundred times with no luck.

“I got an idea for that,” Dan said, “Let the canal have it and when they drain it, that thing will be ready for opening.  It’ll rust up like Roger’s lawnmower.”

“Yeah, that’s what we’ll do,” Fred’s troublemaker smile gleamed.  “I kind of like The Lettuce Heads.”

“Shut up Fred.  Just throw it out the window,” I said.

Three months or so went by

“This will open it up for sure,” he said.

Roger didn’t say anything as he shook his head.

Zeno set the safe down in the center of the hay bails we used as walls of the Mulberry fort.  Roger handed me the chisel.

“Hold this while I smack it.”

“Roger can’t hit anything but my hand.  You do it.”

Roger watched as we debated who was going to lose a finger in the attempt to open the safe.  Neither of us was going to step forward for the pain.

“I’ll do it myself,” he said, as he placed the sharp end in the groove next to the dial.

‘Wham, wham’  the lid sprung open, the rusty hinges cracked and a wave of quarters poured from inside and onto the dirt driveway of his home.

That afternoon we split up the take between all of us ending up to be around 7 bucks each.  I spent most of my money on candy.  I bought a couple of crystals from the rock shop on 15th but most was wasted on candy.  The Stingrays raided the shop two more times before the safe’s replacement was no longer available.  One time there was only a few quarters and a pocket watch which Fred took as his because he found the original safe.

My mind cleared and the memory faded.  Mey was forcing off the cap of another beer on the edge of the table.  Dee was looking at me, a beer bottle in his hand.  I wasn’t sure if it was broken off.

I spent the next hour explaining to him how the Stingrays entered into his restaurant and why we thought it was fun playing dodge ball with his lettuce.  Mey’s right eye was always closed while he watched me try to wiggle out of the beating.  I figured he was trying to stop his double vision and then he could focus on his next victim.

“Do you know why the owner kept those quarters?” Dee asked, the bottle clinked on the table.

“Uhhhhhh,” I stretched the word out for a few seconds, my eyes looked upward.  I could see heaven opening up.  “No.”

“He sorted out all the quarters that came in and only kept the solid silver ones.  Figured they would be worth something someday because the new quarters had a copper line on their edge and wasn’t worth a real quarter.  And you my friend, spent them on candy and a bunch of useless rocks.”

Ed’s butt squeaked as he repositioned himself in the chair, looking down the hallway of the trailer toward the bedrooms in the back.  He slowly raised his beer to his lips, “Yep, a bunch of lousy rocks,” he took a swig.  I knew he was trying to save himself.

“I guess I owe you or the guy a bunch of quarters,” I admitted.

“That’s okay.  You can buy the next ten cases of Coors at Jackrabbit,” Dee answered.  “I always wanted to know how you got in.”

Mey chimed in, “Ten?  I’d say twenty would be about right.”  He grabbed the last bottle out of the bag and set it on the table in front of him.

Ed turned around almost completely facing away from me.  Mey scratched hard at the side of his head.  His plate must have been itching as he spewed out his wisdom.

“I like it better.  It just seems like it fits better for a bunch a stupid troublemakers like you and your buddy there.”  He pointed his bottle at Ed’s back.  Ed didn’t turn around, his back tightened bracing for a blow.

“No way, we were,” I immediately argued.

Dee Bowden broke in mid-sentence while holding his beer bottle as a toast, “The Stingrays.”

Click here to read more stories in The WiseGuy Diaries