For Jennay and the people of Puerto Rico . . .

I had to think about how old I was as I wasn’t at all certain of my age when I began to write my next story in the journey called, The WiseGuy Diaries.

Then a clue of history came to me.  A point in history that today still makes me want to dance even though I really can’t dance worth a , , , well you know.

The song, ‘I Can’t Get No Satisfaction’, came on the AM radio.  Dad and Mom were rockin’ in the front seat.  My sister, Linda was, , , well, , , I don’t know what she was doing but she was there.  She was probably pretty giddy as the front of the  hood was heading straight toward her boyfriend in Phoenix.

Jagger’s song was my first clue.  I was eleven for sure and sad for sure.

I gazed out the rear seat field-side window of my Dad’s gem of a white Chrysler Newport equipped with super duper electric windows as we lumbered down the highway toward Phoenix.  I saw a large green highway sign pass over the sleek car. 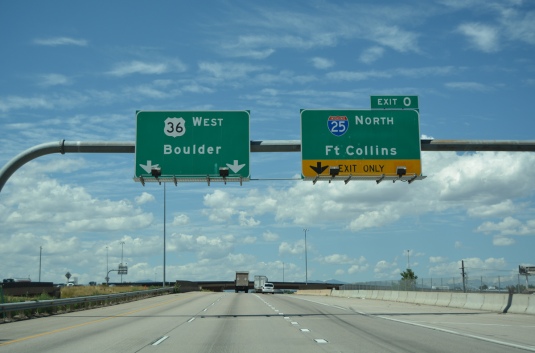 I then knew my family was in Colorado and heading home for the Turf Paradise race meet.  I was for sure eleven years old and going into 6th grade.  Finally I was a man.

I was for sure sad because I was in love and had no say as to where I lived.  My new girlfriend, Dana was back in Littleton awaiting my return in 9 months.  I promised I would return.

Dana was ultra-pretty and I knew our split made her sad too because we were in love.  As a couple we had never been separated before since our commitment to each other.  We had been going steady for almost two weeks.

She had my ring.  The ring I won in a plastic two-part egg-shaped container in the 25 cent gum ball machine.  Cost me my entire savings to get it to finally drop.  She loved it.

Isn’t it amazing how when our life flashes in front of us, we remember the sticky memories the most.  This one is stuck to me.

Well the Dana thing never panned out.  Only two months later she stopped writing and the next year I found out she had jumped ship and was now with one of my best friends in Littleton.  I think the ‘B’ word came out of my mouth somewhere.  Never as I passed under the sign on the freeway would I have ever thought she was so deceitful.

Never would I have thought in five years I would never see my Dad again and never would I thought in the year following Dad’s disappearance  I would meet a new girlfriend who with I would still be married.

Okay, so I got off topic.

My Dad took me to the track every day he could and most days he could.  We’re at the great Centennial race track on the Platte River in Colorado sitting on a bench in the shed row together waiting for one of his jockeys to show up.

I looked up at my Dad sitting next to me.  He was just staring out in front of him.  He was truly a hero to me.  Dark and perfectly combed hair with a dimple on both sides of his jaw.  When he was tense he would bite down on his back teeth and the dimple would sink in deeper and then he would let off the pressure and it would come back up in his skin.   He’d repeat the maneuver until the stress went away.

I stared at the dimple in amazement and tried to do the same.  I didn’t have a dimple to do it with.  Believe it or not, I still try.

His shoes were perfectly shined.  His shirt was crisp white and his flat front brown slacks had nary a wrinkle.  He was my perfect hero Dad.

He didn’t say a word as he turned his head to me.  That was his way of saying, “What Billy?” without talking.

Dad turned his head back to where he was staring, “The sunrise.”

I turned my head and squinted at the gleaming orange ball coming up over the far east of Colorado.  “Why?”

“Billy, you need to always watch the sun rise and the sun set.”

He laughed and straightened up on the bench.  “When you get older, you’ll understand.  The sunrise is the start of your day and the sunset is the end of your day.  You’ll have a lot of them in your life and you want to make sure you watch every sunrise and every sunset.  In between are the memories.  The  pages in your book.”

Most likely he rubbed the top of my head and scrubbed my crew cut  just like in the movies but he most likely sat back and just waited.

I watched every sunrise and every sunset from then on.  Least except when I couldn’t from an overnight as an intoxicated teenager or with a girlfriend’s sleepover as those times set a higher priority.

But, for the most part I followed my Dad’s lead to this day.  So odd, but for so long I hated my Dad for leaving and yet I still miss him.

I’ve told several people of the Dad / Sun theory and they understood but I doubt they took it to heart.  Some did as I’ll get a phone call asking if I saw it.  Of course, silly.

Now that I’m in the stretch run of my life, actually I to like to think I’m at the ‘top of the stretch’ and choose to lug into the finish line like a two-legged horse, you know, like really slow, I do have some decent advice for everyone who reads these crazy stories.

Put yourself on the mile oval of any track.  Divide it in half then divide it in quarters.  Find where you’re at on the track.  Take your time.

Now some of you are nearing the 3/4 pole out of the gate, so run like hell.  Run like there’s no tomorrow.  You got a long way to go for now.

Those of you who are at the 1/2 mile pole, run like hell.  Run like there’s no tomorrow.  Just be a bit careful, you might break something.  If your Jockey’s last name is Debt, buck him or her off before the turn.  Loose horses with empty saddles always win.

So many I know are at the turn.  The 1/4 mile pole is the one just before the top of the stretch near the 1/8 pole.  You can’t see the finish line looming but it’s there.  Take every step usefully.  Take every step carefully,  Take every step with dignity, and then run like hell.  Run like there’s no tomorrow.  You still have time to adjust but you’re getting close to finishing.

Now if you’re like me, at the top of the stretch.  Be kinder, be humble, take every day’s step and keep trying to dance like Jagger but lug in, there’s no hurry to the finish line, you’re already a winner.

Take the advice or leave the advice.  So, what do I know?  A little bit.

Kim and I have a wonderful place to live.  We live in a wonderful place on the world.  Wouldn’t change it or trade it for anything.  We have a great campground in the back with a small pond and a bar for friends to stop by and enjoy.

As the great James D. Squires, the Breeder of the great Monarchos, the winner of the 2001 Kentucky Derby, once told me, “You’re ground is everything.  Never sell your ground.”  We’ve adopted his wisdom.

For some odd reason Kim and I like to sit in our great garage in two rocking chairs she bought on close-out and drink a beer, maybe two or three and say hi to the walkers in the neighborhood.  The opening points directly west an a little bit south.

We’re just rocking along listening to ‘I Can’t Get No Satisfaction’ on our Echo in the early evening.

My heads bobbing to the tunes.  I wanted to jump up and back step a dance but I stopped my own embarrassment.  The sky was dark.  The moon was half.

Kim turned toward me as she rocked.  I was staring ahead into the daydream.  The chair was still.

“What are you thinking about?” she asked.

I didn’t hear her then realized she had asked me a question.  “What’d ya say?”  I tipped my beer.

“What are you thinking about?”

Lowering the can, I turned my tired eyes back to the half bright moon.  I paused.